After fleeting attempts at the end of the last millennium in the name of the new, painting returned reestablished as of the 1990´s under the official seal of exclusive style and indispensable quality. A good painting executed by one who, besides the dominion of the craft, lets his emotions shine through is always saying something be it to the mind, to feelings, or simply to the eyes of the spectator, as in these 23 canvases of Chico Mazzoni´s recently finished phase.

While in Pop art of the fifties and sixties artists contradicted the elitist classicism of art, using common mundane objects as motives, in today´s epoch of transient celebrities, which Warhol himself prognosticated, the images which attract Chico Mazzoni range from the classic antiquity of the mythological Loba Romana to ultra contemporary piercings and tattoos.

In his realist style the artist elected the most popular images, recognized by everybody around the world. It is exactly the challenge of presenting them today, attending to the demands of the contemporary look that the artist faces, creating on the force of each one, without offending the original quality, exalted by the difficult dominion of the technique he uses.

CM efficiently unites the “dotism” favored by the dimensional paint to the resources of painting, and creates exact solutions to present each motive, situating it in time and carrying it in intention. They are strong images associated to places, customs, religions, even certain inconceivable occurrences which became part of the collective memory: the atom bomb, the twin towers, tsunami. The attraction of these popular images amplify in the evocations which they awake.

The “art deco” Christ target, in pearl, highlighting the turquoise blue of the butterfly wings – sparkling requiem of the common artist in the epoch – sends us to the splendor of Rio de Janeiro of the forties and fifties, flaunting its beauty in the Bay of Guanabara, glittering its colors on the faces of Sugar Loaf, a Rio still without drug traffic and random shootings.

In the veiled Burkas beneath cloths in the midst of the 21st century, the artist creates pertinent arabesque which accentuates the mystery, 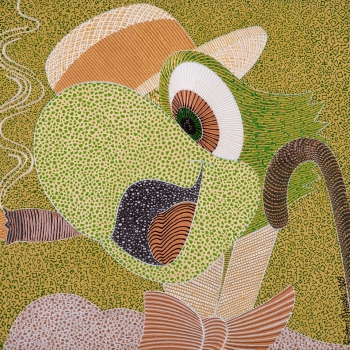 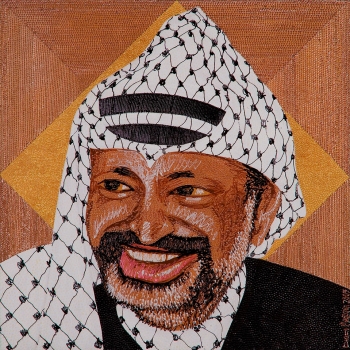 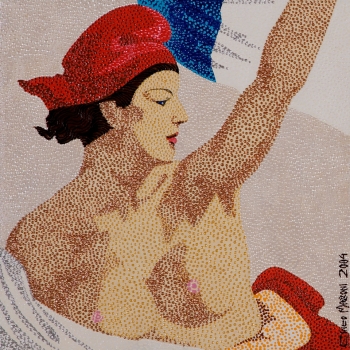 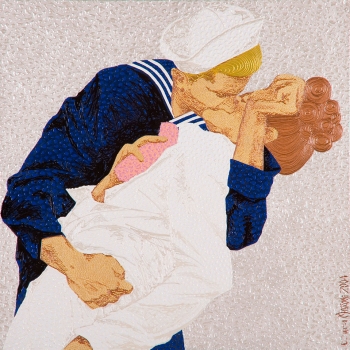 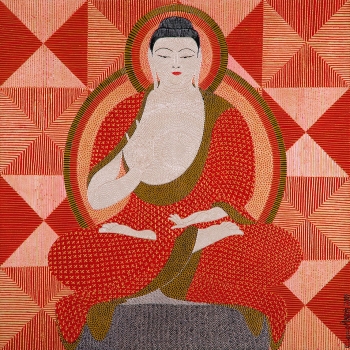 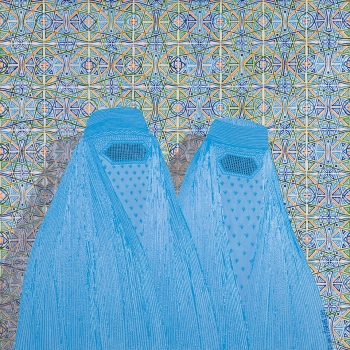 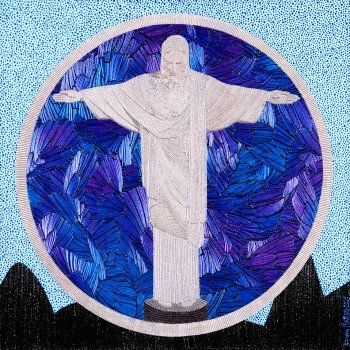 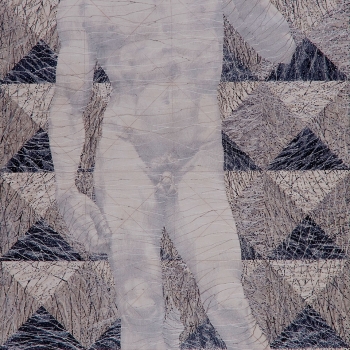 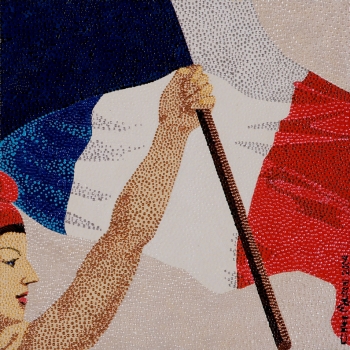 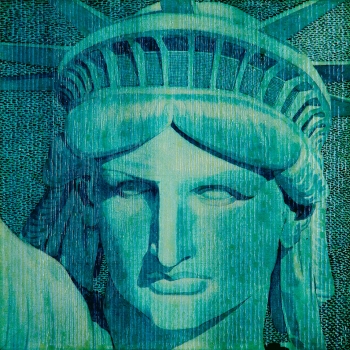 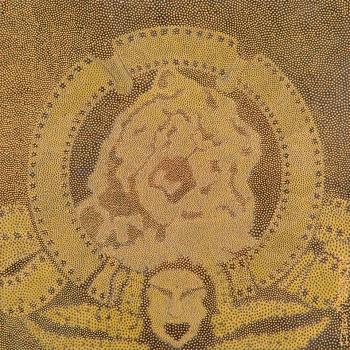 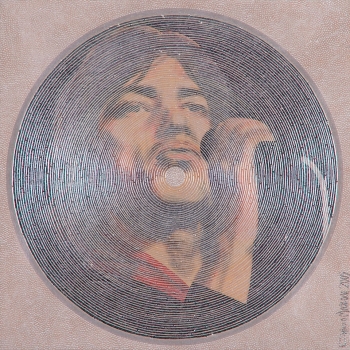 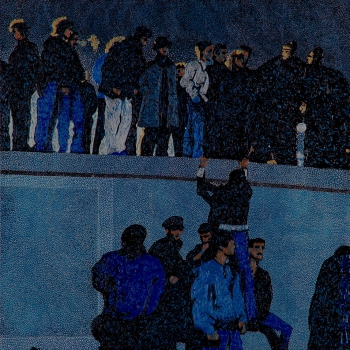 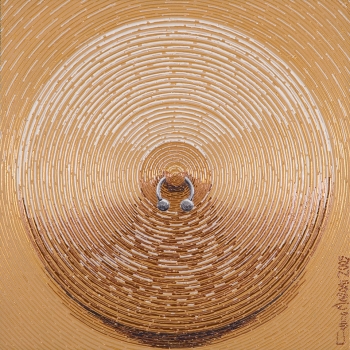 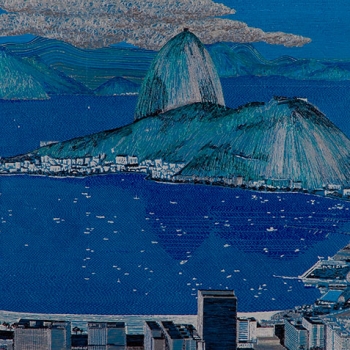 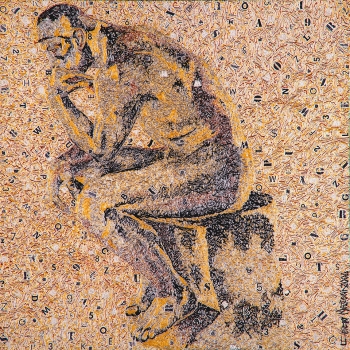 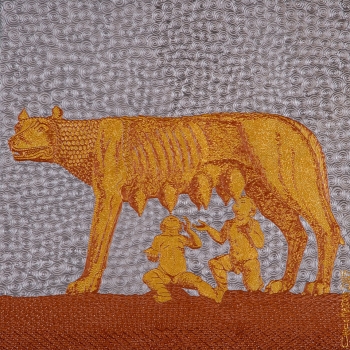 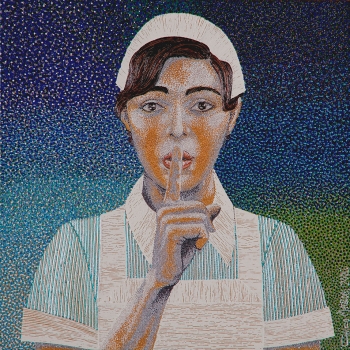 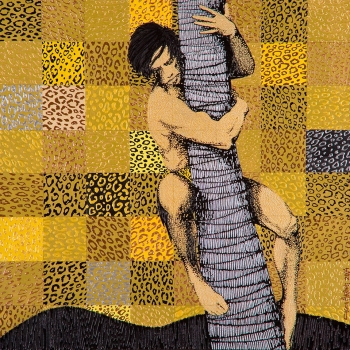 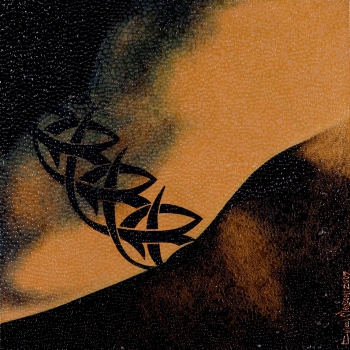 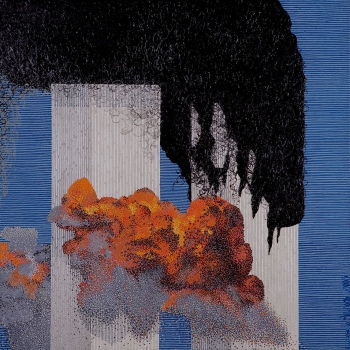 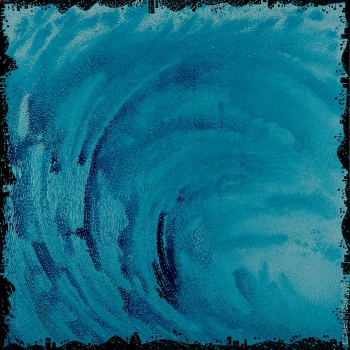 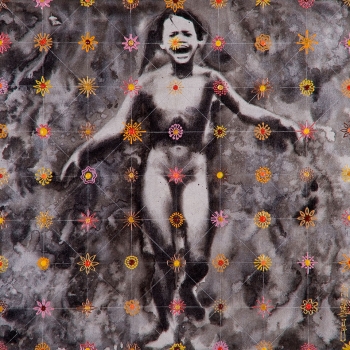