Chico Mazzoni´s artistic talent is what responds to this deliciously elaborated question to give to fine arts his eighth individual exhibit the creative charm of the work as a bonus. The ambivalent game, that had until now been timidly revealing itself, ressurges in this exhibit as a force of a clear tendency, with the gift of impressing. 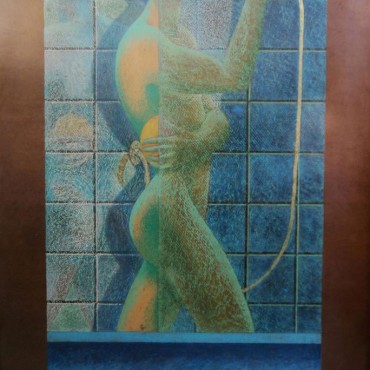 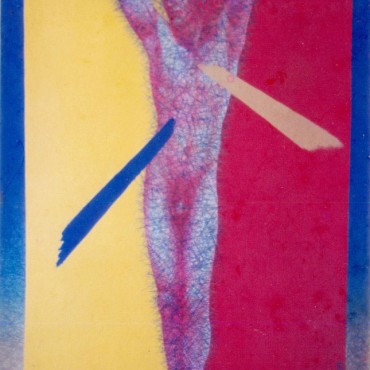 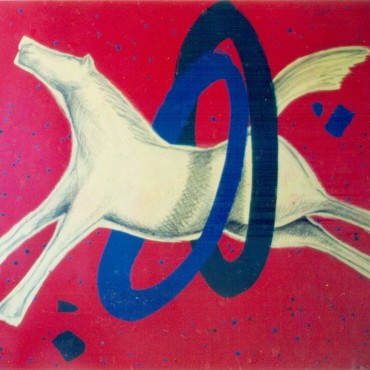 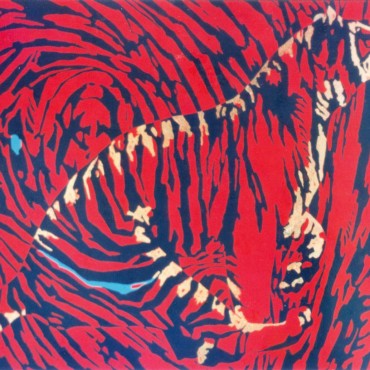 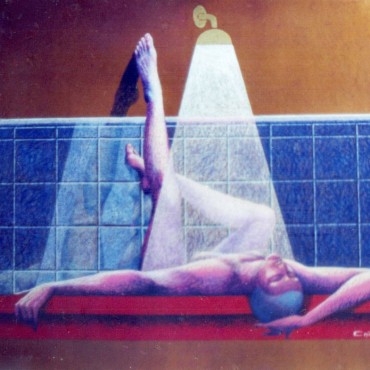 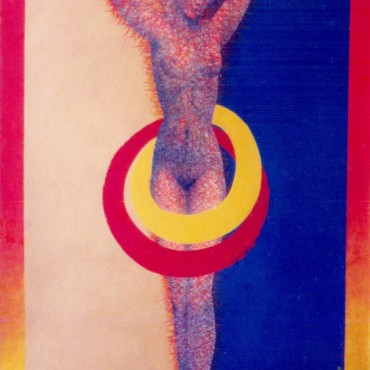 Though he does not awaken the possibility of existing in isolation, this time Chico Mazzoni´s work surprises us with the gift of complementariness, presenting combinations as if they were spouses of paintings. When the artist suggests “odd” paintings, the paintings to those even games, he magically nurtures the greater intention, as if the universe were on the line.

It is in the midst of this naturally yin yang disposition of odds and ends, as in the proper antithesis of existence, that Mazzoni places his characters.

The human figure, his favorite theme, returns, always gorgeous, to the scene of its creation, absolutely committed to his contemporaneousness.

The artist gives you today’s work, preoccupied with the affirmation of his language.

Thus are born the horses of always and others of his favorite animals such as tigers and lions, besides cats, the novelty of the series.

The drawings of Chico Mazzoni on exhibit at ICBA gives us the measure of the artist’s sensitivity to obtain common images that que the media offers, and to set up an intelligent game, establishing an irresistible relationship between the simple and the sophisticated. In his “Odd of Even?”, Mazzoni opposes, with exactness, the positive and the negative in double images, reflected as in the cards of of the deck, or placed side by side, inverting the colors from one to the next, in an attractive graphic scheme in which there is no decrease in concentration between figure and background. Though the game repeats, the solutions always surprise us, possibly coming from a deco mix of curves and straights, in a daring diagonal op, or in almost signic forms to reinforce the central motive, yet maintaining in all the same refinement.”

[It was] a good indication by the Goethe Institute of Salvador by choosing the intriguing work of Chico Mazzoni for the reinauguration of its art gallery, which has been among the most important of Salvador. In this exhibit, what calls our attention is the combination among the paintings, or more technically the complementariness, as if there were couples of paintings, though they were done individually. They are drawings and paintings on cardboard, with varied themes, in a style directed at

the ambient under penumbra – as in Banho Lilás, a most lovely work in which water gushes from the showerhead and transforms into a tunnel of light, accentuating a naked woman. Yet the loveliest of all is Faces of the Moon, the one chosen to illustrate the invitation that shows profiles à la Cleópatra that complement themselves within a circle.